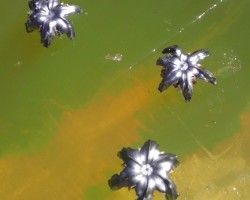 We need to realize how a bullet will stop a threat. There are basically three ways that this can happen.

Now that we have an understanding on the ways to stop a person, I am going to focus number 3, because we are talking about dynamic self defense here. When a bullet from a handgun enters the body, a bullet causes a permanent cavity. This is the path that the bullet travels through and will destroy anything in its path. A bullet will also cause a temporary cavity, which is the fluid shock wave outside of the bullet’s path. As I said, this is a temporary cavity. The body is made up of roughly 70% water. If you have ever seen a shock wave from something hitting water, that is similar to what happens when a bullet enters the body. The bullet enters, creating a violent shockwave, and then the body comes back together because of its elastic properties.

So what am I getting at in the last paragraph? A handgun round is a poor self defense round. Why you ask? Let’s look at a .357 Sig round, traveling at 1319 feet per second. That is not fast enough to create a large wound cavity. Yes, it creates a wound cavity, but nothing like a 5.56 NATO (.223 Rem) round traveling at over 2200 feet per second. A 5.56 NATO round travels at such a high velocity that when it enters the body it creates a much larger shock wave that will not only destroy everything in its path, but the shock wave is so drastic compared to a handgun round that the body’s elastic properties are not able to come back together, therefore causing significant damage to anything in the bullet’s path and around the bullet’s path.

Now we have a good understanding on what happens to the body when it is struck with a bullet. Let’s talk about what to look for when selecting a good self-defense round.

You will need to find ammunition that is reliable. Most name brand FACTORY LOADED ammunition is a start. Look at brands such as Federal, Speer, Winchester, Remington, etc. You will want hollow point ammunition, not ball ammo. Ball ammo is for practice. Do some research and find out what is good. I prefer Federal HST personally. When you select the brand, it is imperative that you make sure it is reliable in your particular firearm. It is important to note that not all ammunition will function reliably through every firearm. It doesn’t matter how well the ammo hit the target, if it does not feed and function in your particular firearm, it does you no good! Don’t be cheap! We are talking about personal protection here. Buy 200-250 rounds of the ammo you plan to carry and test fire it in your gun, shoot all 200-250 rounds through your gun and make sure that it feeds and functions each and every time. If it does not, well then it is time to find some ammunition that does. Additionally, inspect each and every round that you load into your magazine and make sure that it is free of any defects that could cause issues such as bullet set back (where the bullet is pushed too far into the case), nicks or damage to the case or mouth of the bullet. 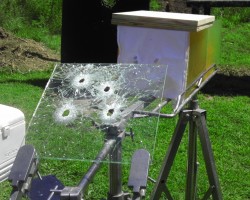 You want to select a bullet that will consistently penetrate a minimum of 12 inches of properly calibrated ballistic gelatin. The reason we say 12 inches is because we must ensure that the bullet can reach the vital organs with an angled shot or a shot that must first penetrate an intermediate barrier such as an arm.  Some believe that the larger the bullet, the better. This is not necessarily true. Having a large bullet that doesn’t penetrate deep enough to reach the vital organs will just cause a nasty flesh wound.

Let’s talk about over penetration as this can be a concern, especially with ball ammo, but is less likely with expanding rounds. Concerns of over penetration mostly come from frontal shots. Depending on a person’s body, some are thinner than 12 inches, which the bullet can exit the body and pose a danger to anyone down range.

To address this concern, ballistic testing has been done and shows that in order for a bullet to penetrate the skin on the backside of the body, it has to penetrate the equivalent of 4 inches of ballistic gelatin. This is because of the skin’s elastic properties.

With that being said, it is important that we select a bullet that will perform consistently each and every time. Some bullets can fail to expand because the hollow point gets plugged up. We need the bullets to expand when they hit. The purpose for the expansion is to cause a larger hole and cause faster blood loss. I have had the opportunity to attend a ballistic demonstration last year. I am not going to name the manufactures of the bullet’s that did not perform so well, but I will name the outstanding performer. In the tests that I saw, Federal HST performed exceptionally. The hollow point did not get plugged when it penetrated through cotton, denim, plywood, and auto glass. The round also penetrated the ballistic gelatin just over the 12 inch mark and properly expanded.